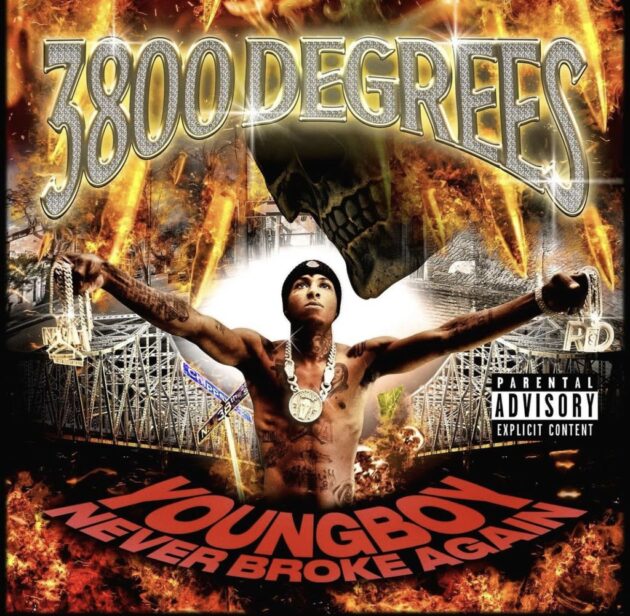 YoungBoy Never Broke Again cranks up the heat with his, 3800 Degrees, his second project in just over a month.

For his latest effort, the Baton Rouge rapper releases a fresh batch of 19 tracks beginning with “Back On My Feet”, “Won’t Step On Me”, “It Could Go”, “Head Busted”, “More Wheezy”, and “With Us”, among others.

E-40 makes an appearance on “Thug Nigga Story”, Shy Glizzy guests on “Hard”, and Mouse On Tha Track assists on “Ampd Up”

In the past few weeks, he’s also released a few loosies including “Like A Jungle (Out Numbered)“, “Made Rich“, and “Military” featuring D-ROK.

3800 Degrees marks the rapper’s fourth solo project this year, which consists of his previous Realer 2, as well as his The Last Slimeto and Colors albums. NBA also released his joint project with DaBaby, Better Than You, and his Never Broke Again label’s compilation, Green Flag Activity.