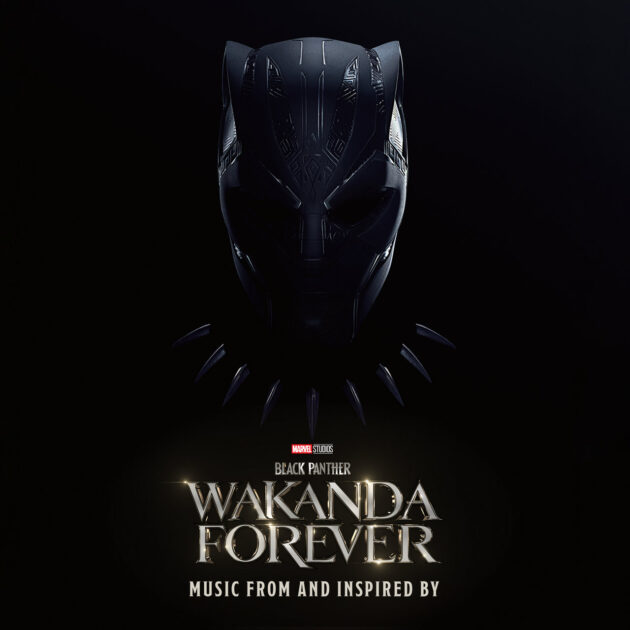 Produced by film director, Ryan Coogler, along with Ludwig Göransson, Archie Davis and Dave Jordan, the soundtrack was recorded in Los Angeles, Mexico City, Lagos, Nigeria, and London, and features over 40 music artists from around the world.

The soundtrack is lead by the single “Lift Me Up” performed by Rihanna, which is an ode to late actor Chadwick Boseman, who portrayed T’Challa/Black Panther throughout the Marvel Studio Films. The song also marks Rihanna’s return to music in nearly seven years.

The 19-track set also includes Tems’ cover of “No Woman No Cry”, Burna Boy’s “Alone”, and an “Interlude” by Stormzy. Elsewhere, Future joins OG DAYV on “Limoncello”, E-40 and Snow Tha Product join forces for “La Vida”, and Tobe Nwigwe and Fat Nwigwe tag team “They Want It, But No”.

The Black Panther: Wakanda Forever – Music From & Inspired By is released by Roc Nation, Def Jam, and Hollywood Records and is the follow-up to Black Panther: The Album, curated by Top Dawg Entertainment. The soundtrack debuted at No. 1 on the Billboard charts and featured the hits “All The Stars” by Kendrick Lamar and SZA, “King’s Dead” featuring Jay Rock, Kendrick Lamar, Future, and James Blake), and The Weeknd and Kendrick Lamar’s “Pray For Me”.

Black Panther: Wakanda Forever is the sequel to the 2018 film, Black Panther. The movie follows the people of Wakanda’s fight to protect their kingdom from a new threat, Namor of Talokan, in the wake of King T’Challa/Black Panther’s death. The film premieres in theaters Friday, November 11.