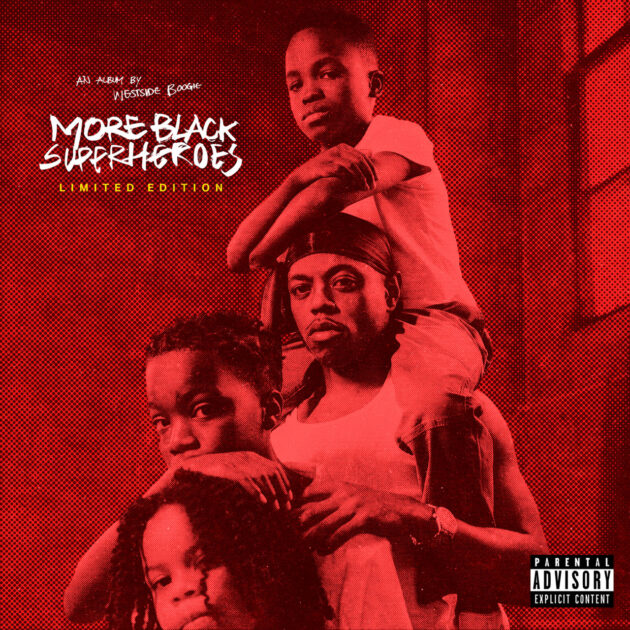 Not all heroes wear capes.

“This album is about embracing our powers.” says Boogie. “This album is for you because you survived all your trials, for the black fathers that go out in the world and feel like they have to hide all our true feelings because it seems weak to express how you’re hurt but no that’s one of your biggest strengths. For the people that feel boxed by the world and have to hide there many sides ..I love you let’s heal together.”

More Black Superheroes is the follow-up to Westside Boogie’s 2019 debut, Everything’s For Sale.