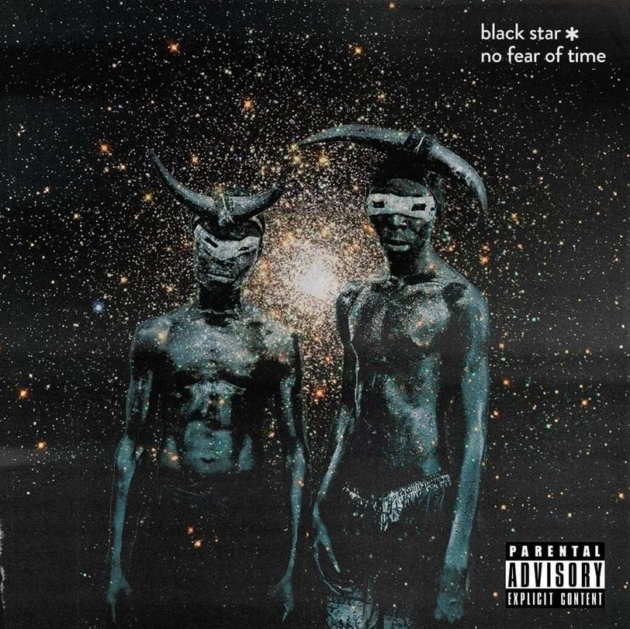 After nearly 24 years, Yasiin Bey and Talib Kweli reunite on their second Black Star project, No Fear Of Time.

Produced by Madlib, No Fear Of Time, which was first announced back in 2018, features the tracks “Tribute”, “Automatic”, and “Mineral Mountain” featuring Black Thought.

No Fear Of Time is the follow-up to Black Star’s classic 1998 debut LP, Mos Def & Talib Kweli Are Black Star, which featured the singles “Definition” and “Respiration” faeturing Common.

“What you will continue to get out of us is a sincere expression,” says Yasiin Bey on No Fear Of Time. “It’s who we really are, what we’re really responding to, and what’s really important to us.”, he added.

Talib adds, “About 3-4 years ago I was visiting yasiin in Europe and we started to talk about songs to do on an album, so I flew an engineer out just to see what that would be. Once I realized this conversation is starting to organically become a creative conversation, I started making sure to have the engineer around at all times. There was one day we were just in a hotel listening to Madlib beats, and he’s like ‘Play that Madlib tape again.’ I’m playing the beats and he starts doing rhymes to the beats. And that’s how we did the first song. This is very similar to how we did the first album. But the first album, there were no mobile studios. This entire album, we have not set foot in one recording studio. It’s all been done in hotel rooms and backstage at Dave Chappelle shows.”

The long-awaited project can be streamed exclusively when subscribed to the Luminary Podcast networkhere.