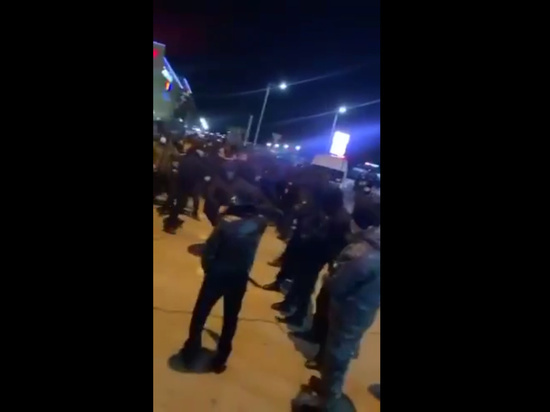 By the evening of Tuesday, protesters began to clash with the police in many cities of Kazakhstan. Detentions are underway. The security forces are gathering to places where people are gathered. The protests began over the rise in the price of liquefied gas. Today the government promised that gas prices would be reduced, but the protests did not stop.

This is how eyewitnesses report that clashes began in Kyzylorda. In the center of Astana, security forces are carrying out harsh detentions of protesters. In the center of Kazakh Aktobe, protesters are burning bonfires in front of the Akimat (regional administration) of Aktobe region and refuse to end the protest for the night. A large rally is taking place in the center of Karaganda. Significant police forces have been pulled into the capital of Kazakhstan, the city of Nur-Sultan (Astana), where massive anti-government protests are also gaining momentum. And in the Mangistau region of Kazakhstan, protesters are trying to storm the administration building. In addition, local residents on SUVs caught up with and blocked a military convoy in the steppe.

At the same time, the President of Kazakhstan, Kassym-Zhomart Tokayev, appealed to the protesters not to follow the calls of “destructive persons” interested in undermining the unity of society.