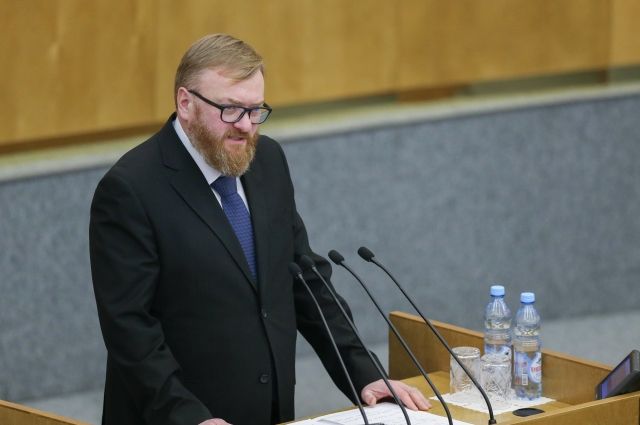 On Sunday, a number of telegram channels published footage showing State Duma deputy Vitaly Milonov firing a MT-12 (Rapira) 100mm anti-tank gun in the Gorlovka area. The shot rang out after the parliamentarian, dressed in a helmet and camouflage, with the words “Well, with God!”  pulled the rope attached to the trigger.

The day before, Milonov was among several State Duma deputies who wrote a statement about voluntary mobilization to the front. The decision on the application has not yet been made, but this did not prevent the Duma member from going to the Donbass. And not only to observe the referendum, but also to directly participate in hostilities.

Aif.ru got through to Vitaly Milonov and asked how he was preparing for a possible mobilization.

“I don’t have to prepare, I feel at home here. I have been in the Donbass for a long time, from the very beginning of the special operation. I spend half my working time here. Here is a unit of the people's militia of the DPR, where I used to serve – an anti-tank artillery battery,” the deputy said.

According to him, he does not plan to “sit at the headquarters” any longer.

“I understand that the Department of Defense may provide for a different workload for me – suppose commissar work. This is important work – work with the population in the liberated territories.  Let's see what the order will be. During the mobilization, not me, but the state will choose for me the function for which I will be most useful. I'm not afraid of any work,” the deputy admitted.

However, Milonov admitted that he was unlikely to be able to participate in the SVO “as an attack aircraft.”

“At one time I went along with the Wagner attack aircraft; in Popasna when she was released. And I understand that these should be people with excellent physical training, a certain set of skills that I most likely do not possess. I don't pretend to be a superman who can do anything. But, say, as a senior gunner of an artillery battery, I will feel very comfortable. Who I am now,” he said.

Milonov said that he had been on the front lines since Sunday morning, where his unit destroyed “an object very valuable to the enemy.” He himself fired from the Rapier cannon, with which, as he put it, he was “friends”. since 2015.

«It is designed for close combat, and very often, when you fire from this weapon, the enemy tries to snap back, respond. And today, since we destroyed a certain target that was dear to the Ukrainian army (it was a group of servicemen along with equipment), we responded especially intensively,” Milonov added.

Earlier it became known that during the fighting actions Vitaly Milonov uses the call sign “Gustav”.

Today, Secretary of the General Council of the United Russia Andrey Turchak said that two more joined the four State Duma deputies who had previously applied for being sent to the NWO zone.