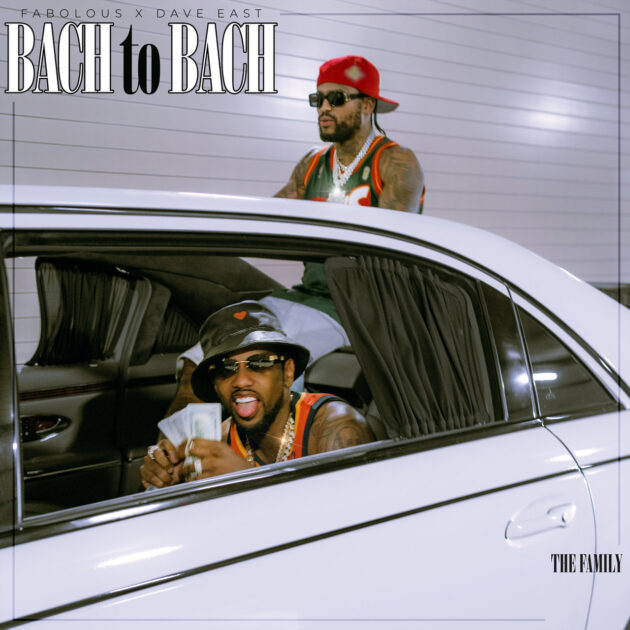 Fabolous and Dave East reunite and trade bars on their long-awaited collaboration, “Bach To Bach”. The track was first teased late last year in a preview of its upcoming video.

Over a sample from Loose End’s “You Can’t Stop The Rain”, Loso raps sets it off over Sonaro’s soulful loop. “They gave me hassle back when we used to capsule crack / Now I’m shitting on ’em just to pay them assholes back/ “Quarterback life, people wanna pass you sacks / Matte black Maybach, I named it Matt Hasselbeck”, raps Fab. Dave mimics his collaborator’s clever wordplay, rapping, “Ain’t going back and forth with niggas, I don’t battle rap / Safari Air Max in the jungle, match with the habitat / If you need a brick stepped on, I know whеre some Kappas at / Lost homies, twistеd my mental, just gettin’ back from that.”

The pair previously collaborated on Jim Jones and DJ Drama’s “Fit Lit (Betty White)“. Fab most recently released his new “Easy Freestyle“, while Dave East is hot off his “The People (East Mix)“.