Before the announced meeting of Vladimir Vladimirovich with civil society represented by the HRC, attempts began to amend the law on foreign agents. But the problem with this law is not at all whether this status is assigned by the court or simply by the Ministry of Justice. The problem is that our major does not like all these human rights defenders, journalists and other concerned citizens. There is no desire to understand which of them is talking and who is really causing confusion. Conversations in the ranks are annoying anyway, which means they must be stopped. 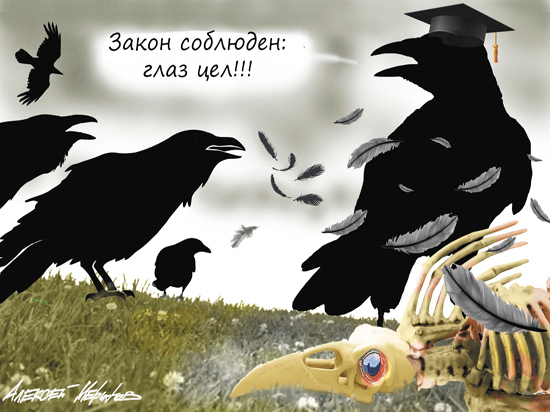 A draft law on amendments was proposed by the A Just Russia – For Truth party. And this suggests whether changes are needed there, above, or not. Until now, not a single significant law introduced by Fair Russia has been adopted. Here's a fairly recent example – the idea of ​​canceling a vehicle inspection. A version of the law on this was proposed by the Russian spravoes, but traditionally ended up in the basket. And they adopted the law proposed by United Russia.

What is being offered now? So far, the procedure for assigning the status of a foreign agent to the media is as follows: as soon as the Ministry of Justice finds out that a particular publication receives funding from abroad, this label is immediately hung on the media. The Socialist-Revolutionaries want, that first, if it turns out that the media is receiving money from abroad, he would be issued a warning from the Ministry of Justice. And a time limit was given for correction. And if the correction did not take place, then the Ministry of Justice will have to go to court with a statement on the recognition of such a media outlet as a foreign agent. That is, the decision must be made by the court.

The Union of Journalists and the HRC also made their proposals. They also propose to be recognized as a foreign agent only after a warning and through a court. They also believe that it is not worthwhile to immediately fine for failure to indicate the status of a foreign media agent when citing it, that it should not be considered foreign funding for awards from international organizations, participation in symposia, and so on, and they also want to give foreign agents – individuals an opportunity not to publish what is required by law warning before personal posts on social networks.

This all seems logical. But in reality, this is a cosmetic repair – covering up rotten walls with plaster.

Because our courts do not make decisions on political issues on their own. Because nowhere is the duty of the Ministry of Justice spelled out to prove in court the connection between foreign funding and political activity. Because there are no criteria for what counts as foreign funding. And even more so, there are no criteria for what is considered political activity. However, there is progress in this matter. The FSB, for example, offered to assign the status of a foreign agent for collecting information about problems that hinder the development of the state corporation Roscosmos. That is, it will be dangerous to write about theft and corruption in Roscosmos. So what's the difference – the court or the Ministry of Justice will hang a label? And where are the guarantees that with such vague criteria the Ministry of Justice will believe the repentant sinner?

If you read the pro-government telegram channels, there is an active criticism of even these completely toothless changes in the law on foreign agents. This means that we will now see the intensity of the struggle and passions – the loyalists will join the battle with the fighters for our and your freedom. And all this boil will continue until Putin's meeting with the HRC, where Vladimir Vladimirovich will initiate peace. Foreign agents have only one hope for him.

But the experience of recent decades shows that the essence will remain the same. Comrade Major will continue to choke everyone.