How the government is changing in Chile

On March 11, Gabriel Borich, who won the election, will officially take the post of President of Chile. He was nominated by a motley coalition of predominantly left and center-left – I Approve Dignity – and eventually received 56% of the vote. A 35-year-old former student leader, he became the youngest head of state in the country's history. 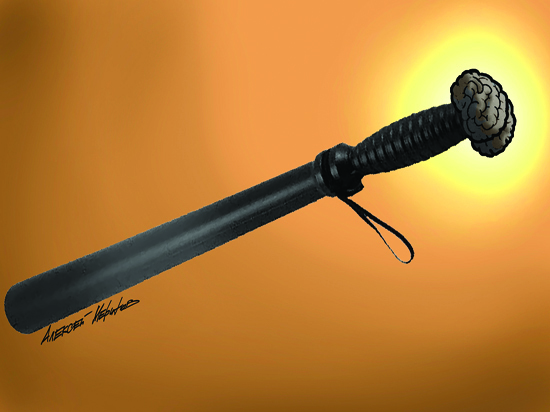 The political life of the distant Republic of Chile suddenly became possible to examine from a new angle. Gabriel Boric is no stranger to politics; he has twice been elected to parliament. The last time this happened was in 2017. And in 2019, Chile was rocked by a wave of powerful street protests.

For many, they were unexpected. After all, Chile belonged to the most prosperous countries in the region. But it turned out that not everything is as major as it seemed. Discontent gradually accumulated, then spilled out into the streets. The protests rolled in waves.

The reason for the indignation was a slight increase in prices (by 30 percent – about $ 0.04) for a ticket in a comfortable metro station in the capital. This circumstance became a detonator, a trigger for the aforementioned events, which resulted in riots and bloody drama. Enraged youths in protective masks smashed and set fire to metro stations, buses; the skyscraper of the energy company Enel and other impressive buildings were damaged. Many supermarkets and retail outlets were plundered – people had nowhere to buy food. The damage was estimated in millions of dollars. Medical facilities, schools and higher educational institutions did not work, public transport stopped functioning – people could not get to the place of service.

The authorities threw the municipal armed police to pacify the protesters, using truncheons, water cannons and tear gas. And then the army units were taken out into the streets – for the first time since the fall of the dictatorship of Augusto Pinochet. A state of emergency was declared in Santiago and a number of other cities with all the ensuing consequences.

According to the conviction of authoritative experts, the use of the armed forces was not only premature, but also erroneous. This only fueled the youth, who then threw stones at the soldiers and other heavy objects that came to hand. Hence, hundreds of mutilated peers who rushed to the embrasure. Amnesty International spokeswoman Pilar Sanmartin stated a gross violation of human rights. The sad result: 20 dead, 239 injured, 2,151 detainees.

Three days later, the head of state confessed to the lack of a broad outlook and repented. He called on the leaders of the protesters to sit down at the negotiating table and discuss with them the complex of accumulated problems. Significantly reorganized the government cabinet, replaced the most odious members, including the ministers of the interior, finance, labor and a number of others. Introduced to parliament – the bicameral National Congress – a package of social measures, which included an increase in the minimum wage, pensions, lower energy prices and a number of others. Canceled the state of emergency. In other words, backed up.

However, fermentation did not subside. On October 26, 2019, a mass demonstration took place in the capital. Over a million peaceful citizens holding colorful posters with urgent demands, the main one of which was the solution to the key problem of social inequality. “We haven't received anything yet!” – that was the slogan of the people. “Chile is awake!” – exclaimed the famous actress Susana Hidalgo, who participated in the demonstration. On October 29, a smaller number, but with similar slogans, people approached the government residence – the Miraflores palace. They were dispersed by the police. At the same time, in general, a relaxed, festive mood prevailed, people were offered water, lemons … On November 4, activists of 70 trade union organizations took to the streets and squares of the capital, stopped at the parliament building, demanding an increase in the minimum wage, reform of labor legislation, the expulsion of private campaigns from pension funds .

It is worth mentioning who was in power then. The country's president was Sebastian Pinera, who was at the top of the political Olympus for the first time from 2010 to 2014 and, according to the constitution, did not have the opportunity to be nominated a second time immediately after the end of the previous mandate. After the due date, he ran and became president again in 2018. This is the richest man, a billionaire, “the owner of factories, newspapers, ships.” His personal fortune exceeds $ 2.7 billion. He is the owner of a helicopter, a shareholder of the national airline LAN, a television channel and a football club. Having come to the helm, he immediately set out to further strengthen the positions of his classmates.

Piñera continued the privatization of the leading sectors of the economy. He pushed the needs of ordinary citizens into the background. The business and political elite have tightened their belts. Significant adjustments were made to social policy – in particular, to the law on free education, adopted by the previous government. This and a number of other unpopular measures caused deep dissatisfaction with the course of the administration.

After looking closely at the actions of the authorities for some time and not finding anything positive in them for themselves, people rushed into battle and began to fight for their interests. According to statistical calculations, 1% of the wealthiest people in the country owns 26.4% of the national wealth. The less well-to-do people account for 4.5%. This abstract statement was deciphered by a 21-year-old student Carlos Morales, who gave concrete data. There are individuals who receive 9 million pesos a month (about 813 thousand rubles at today's exchange rate) with a minimum wage of 300 thousand (about 27 thousand rubles). “This generates anger in the population. We rallied so that the authorities could hear our voice, “said the young man.

The crumbs from the master's table barely covered basic needs. There were not enough resources for comfortable housing arrangement, education and training of the younger generation, not to mention getting higher education. After all, it is mostly paid. Although the standard of living in the country is higher than that of many of its neighbors, people were not content with what they have achieved.

Under the influence of three weeks of protests, the head of state unveiled an expanded concession plan. It included: reducing the working week from 45 to 40 hours, reforming the tax system, raising retirement benefits at the expense of employers by 5%, increasing health care financing, lowering drug prices, raising the minimum wage by 16%, taxes for large enterprises and road owners. property. “We will not stop until all our demands are met,” the angry citizens summed up.

The authorities are obliged to be sensitive to the mood in society, and the new president, Gabriel Boric, understood this well. This figure first loudly declared himself when the painful issue of the cost of higher education, which is the most expensive in the region, was discussed. He did not participate in acts of violence. But he sympathized with those who took to the streets and learned serious lessons from all this.

And now he intends to try to correct the monstrous imbalances between different sectors of society. Finally, to solve the long-standing problem of the high cost of higher education, to come to grips with the pandemic that has swept the country, to prevent a sharp turn to the left – a repetition of the situation under President Salvador Allende, which gave rise to the militarist circles to commit a bloody coup.

There is a hope that the incoming office the head of state will not take such steps.