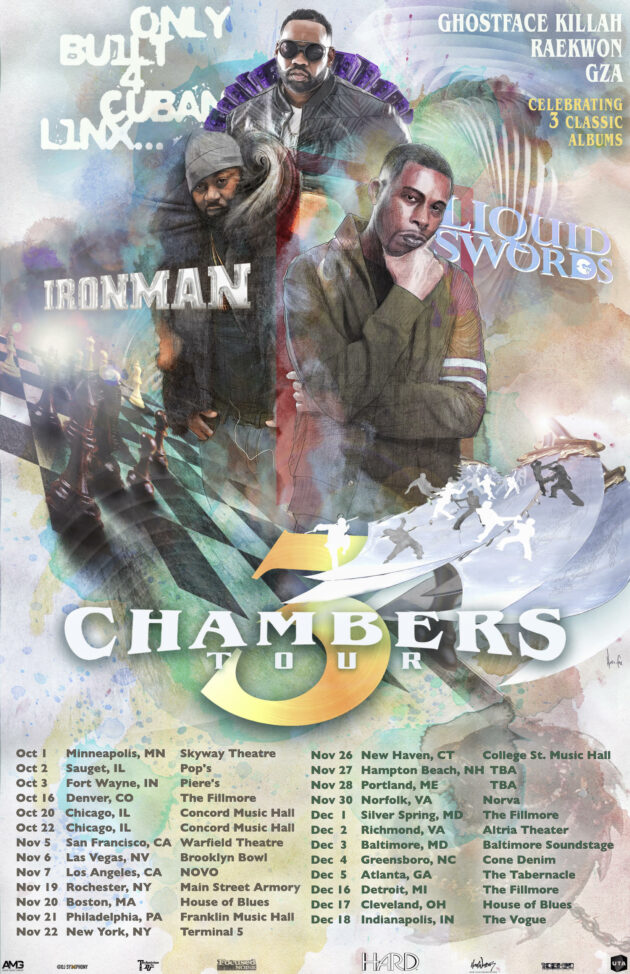 The Wu is coming through this summer.

Celebrating the trio of their classic solo debuts, GZA, Raekwon, and Ghostface Killah are set to embark on their 3 Chambers tour. The 25-city tour kicks off in Minneapolis on October 1, and concludes in Indianapolis on December 18th.

Performing his crown jewel, Only Built 4 Cuban Linx, Raekwon says “As we start to approach a back to normal environment, which is overdue, I’m overly excited about seeing my fans again.” He adds, “This 3 Chambers Tour will be something I recommend nobody misses. This shit will be bananas!!!! Get ready to enter the WU again… (#ironliquidlinxshit).”

Ghostface Killah celebrates the 25th anniversary of his legendary Iron Man album and will hold a meet and greet with fans giving away signed cans of his brand-new energy drink Hard Cream. “Yoooo, I’m happy to get out to perform and party HARD with my fans!!!” Ghostface Killah exclaimed.

Meanwhile, The GZA will conclude the monumental show by performing tracks off his classic album, Liquid Swords.