According to surveys, 28% of students do not plan to work in the specialty they went to study.

So is it worth increasing the number of places in universities (including budget ones), some of which turned out to be unfilled this year, especially in the regions? And does a person really need education today?

Alexander Popov, Director of the Physics and Mathematics Lyceum No. 31 (Chelyabinsk), Honored Teacher of Russia:

— I would turn the question in a different way: how many educated people does a country need? It has long been calculated that 15% of well-educated people are necessary for the existence of a state. More bad and less bad. Therefore, it turns out that the state, giving education to more people – out of a desire for equality and justice, – waste money.

Let's move from quantity to quality. What level of education is available to a person? Who and, most importantly, how teaches children “from mouth to mouth, bypassing writing,” as the ancient Greeks said? In the library of our lyceum we have collected a collection of pre-revolutionary mathematics textbooks. That was education! I'll give you an example. Two years ago I read the memoirs of Russian military leaders, including Anton Ivanovich Denikin. So, in a real school they were given the task of finding the arithmetic mean of all the chords of the circle. He solved it. And when I gave this task to teachers and university professors of modern Chelyabinsk, only two people coped with it. Once again: these were university professors. None of the teachers did it! 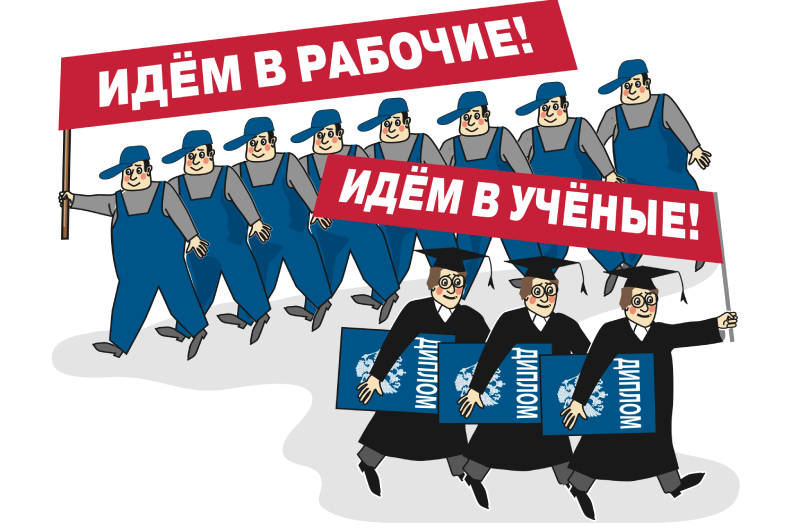 Yes, I may be asked: why solve such problems? After all, they are not for everyone in life. But, firstly, there is no superfluous knowledge. And secondly, I, a mathematician, know many axioms, one of which says: everything that is useless, – Beautiful. It is there, in the realm of “useless”, that Einsteins, Lobachevskies are born.

Do we need such non-standard” but thinking people today? Graduates of my lyceum work in many countries of the world – they are “removed in the bud” in the second or third year of Moscow and St. Petersburg universities. Alas, we calmly let these guys go, apparently thinking that gas and oil – our wealth. No, our wealth – it's brains!

In general, curiosity – primitive feeling, it is even older than love. It is curiosity that drives the educational process. Actually, it is the engine of everything in this life. Another issue is that there are many incurious people. Although, of course, “in much wisdom there is much sadness, and he who multiplies knowledge multiplies sorrow.”