Protests continue in Kazakhstan, triggered by the rise in gas prices. The authorities declared a state of emergency and asked the CSTO for help. How do foreign media assess what is happening – in the RBC review 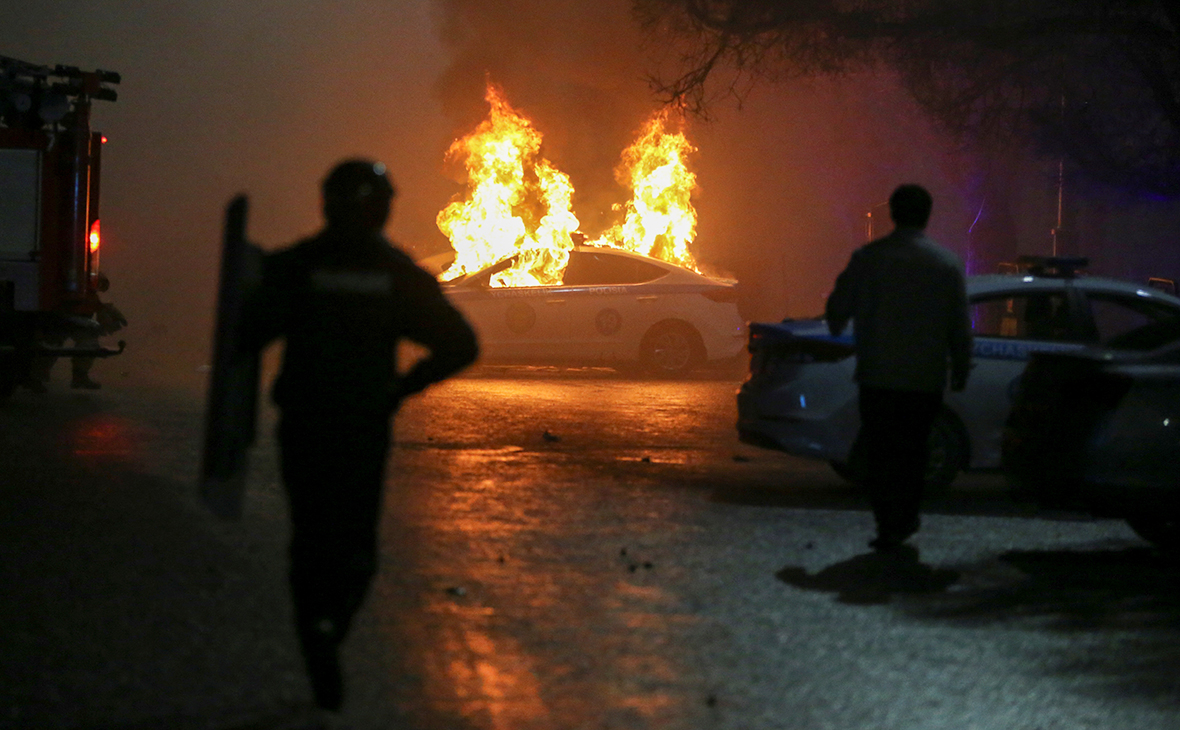 ” The speed with which the protests turned violent was taken by surprise to many in Kazakhstan and in the region, she hinted that it was not just about fuel price increases.

It is a traditionally stable Central Asian state that is often described as authoritarian. Until 2019, it was headed by President Nursultan Nazarbayev, whose rule was marked by elements of a cult of personality with statues erected across the country and the capital, renamed in his honor.

Nevertheless, he left amid anti-government protests, which he tried to contain by putting a close associate in his place.

Most elections in Kazakhstan are won by the ruling party with an almost 100 percent result, and there is no effective opposition in the country. ''

“ Sandwiched between Russia and China, Kazakhstan & mdash; the world's largest landlocked country, larger than all of Western Europe, albeit with a population of only 19 million.

The recent demonstrations are significant because, so far, the country has been viewed as a bulwark of political and economic stability in an unstable region, even though this was achieved at the cost of repressive policies that suppress dissent.

Protests are also important because Kazakhstan is tied to Russia whose president Vladimir Putin sees this country & mdash; a kind of double of Russia in terms of economic and political systems & mdash; as part of the Russian sphere of influence. & lt; & hellip; & gt;

Kazakhstan is also important to the United States as it has become an important country for American energy interests: Exxon Mobil and Chevron have invested tens of billions of dollars in Western Kazakhstan – the region where unrest broke out this month.

Despite close ties to Russia, successive Kazakh governments also maintained ties with the United States, and oil investment was seen as a counterbalance to Russian influence. The US government has long been much less critical of post-Soviet authoritarianism in Kazakhstan than in Russia and Belarus. ''

There have already been protests in Kazakhstan, the most notable & mdash; in 2016 and 2019. But this time analysts point out that the protesters & mdash; seems to have no clear leaders & mdash; determined to overthrow what they see as the Nazarbayev regime.

“ Fuel prices have provoked massive protests in a country where discontent has accumulated for a long time, in a country with corruption, lack of political choice and civil liberties, where ordinary people can barely make ends meet and the elite live a luxurious life, '' & mdash; says Marius Fossum, Regional Representative for the Norwegian Helsinki Committee.

“ It is too early to draw conclusions from the events in Kazakhstan & mdash; riots and clashes between protesters and government officials. But one can recall other protests, not so large-scale, which took place in December 2011 in the city of Zhanaozen: oil workers demanded higher wages and better living conditions. It all ended in deaths, prison sentences and reprisals. Ten years later, protests became more widespread and spread to large cities. As in 2011, the trigger was economic and social discontent, although other reasons could have played an additional role. ''

“ Despite leaving the presidency in 2019 and handing over to a carefully selected successor, Mr Nazarbayev remained the real power in the country.

President Kassym-Jomart Tokayev announced in a televised address on Wednesday that he would henceforth head the Security Council, but did not mention Nazarbayev, who had not been seen and heard for several days.

Nazarbayev ruled Kazakhstan with an iron hand for almost three decades, attracting tens of billions of dollars of foreign investment in energy and metallurgy and skillfully balancing ties with powerful neighbors & mdash; Russia and China.

But the former steelmaker (Nazarbayev, before entering politics in the late 1960s, managed to be a gasman, worker and dispatcher. & Mdash; RBK ) did not tolerate dissent and aroused criticism from Western countries and human rights groups who accused him of abandoning post-Soviet democratic freedoms. His family is believed to control most of Kazakhstan's economy. ''