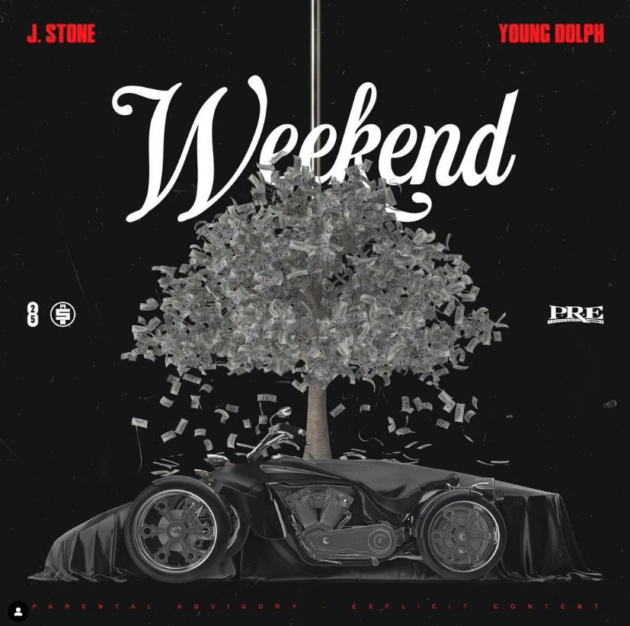 Over a hard-knocking beat, the L.A. rapper kicks off the weekend festivities early with his usual antics, while the late Memphis legend balls out on his posthumous verse.

“Working with  Dolph was like working with Nipsey, the chemistry, sharing game of the independent grind with each other, and us having the same drive.  Dolph  would FaceTime me almost every other day about shooting the video. Sadly, the unbelievable tragedy happened that hit me almost just as hard as Nip’s passing” J. Stone lamented.  “But I’m sticking to the script and the plans we both had for “Weekend,” because that’s what Dolph would have wanted.  Anthem of the year, better yet a lifetime.”

The track is off J Stone’s forthcoming album, now titled, The Definition Of Sacrifice, due June 15. It has already seen the release of “No Time” featuring Swizz Beatz and “Put That On Crip” with O.T. Genasis.