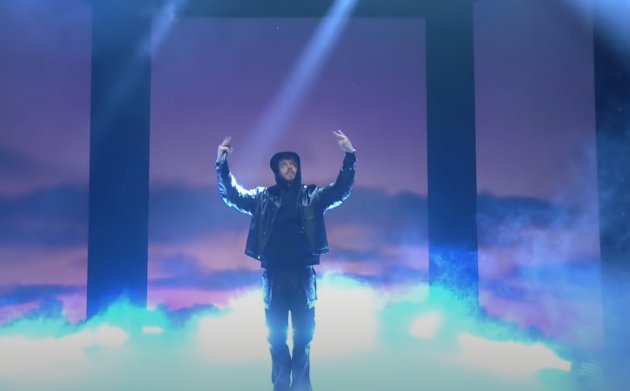 Up in the sky.

Jack Harlow took it above the clouds as the musical guest on The Tonight Show Starring Jimmy Fallon on Monday (May 9).

On a foggy stage with the sky projected behind him, the Kentucky rapper floated on his live rendition of his Fergie-sampled hit, “First Class”.

For his first late-night talk show interview, he spoke with Jimmy Fallon on his new album, success, working with Lil Nas X, and his appearance in a series of recent viral videos including a NBA game and his Met Gala interview.