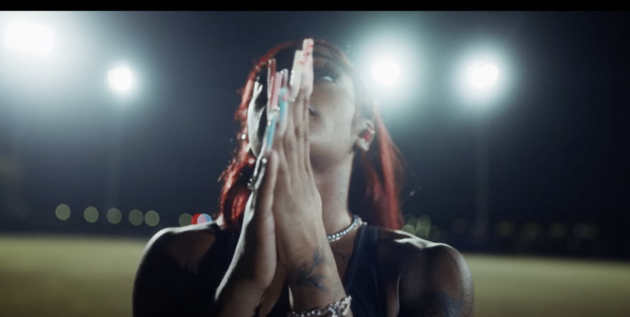 Yeezy season is upon us.

After days of speculation, Kanye West has officially announced his Donda album for this Friday, July 23.

The rapper made the announcement in a new Beats By Dre commercial which was aired during Game 6 of the NBA Finals on Tuesday (Jul. 20).

The one minute ad, which was scored and edited by West, stars track athlete Sha’Carri Richardson taking her mark as the LP song “No Child Left Behind” plays.