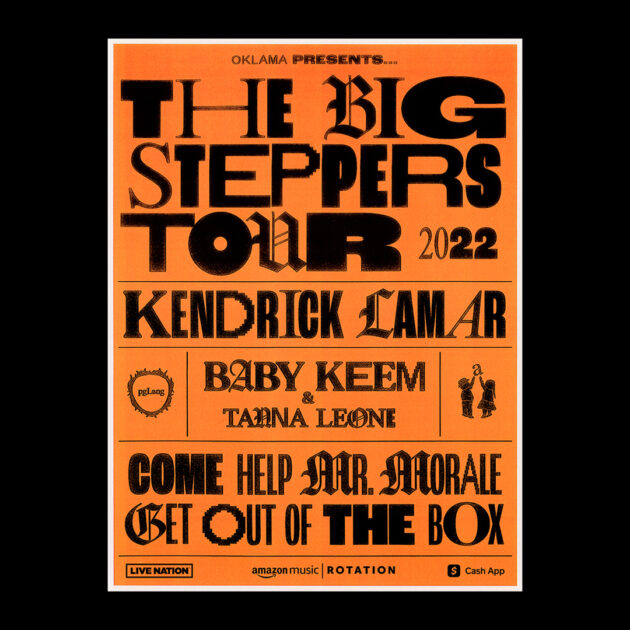 Fresh off the release of his new album, Kendrick Lamar is taking his record across the globe for The Big Steppers World Tour.

Sponsored by Amazon Music, Rotation, and Cash App, the world tour will also include opening acts from his pgLang lablemates Baby Keem and Tanna Leone.

Oklama kicks off the tour on July 19 in Oklahoma City and will make stops across the U.S. and Canada including Houston, D.C. Brooklyn, Miami, Chicago, Atlanta, Toronto, and more, before wrapping up the North American leg at L.A.’s Crypto.com Arena for two shows on September 14 and 15.

K.Dot will then head overseas for two months making stops throughout Europe including Paris, Berlin, and London before wrapping the tour in Australia and New Zealand.