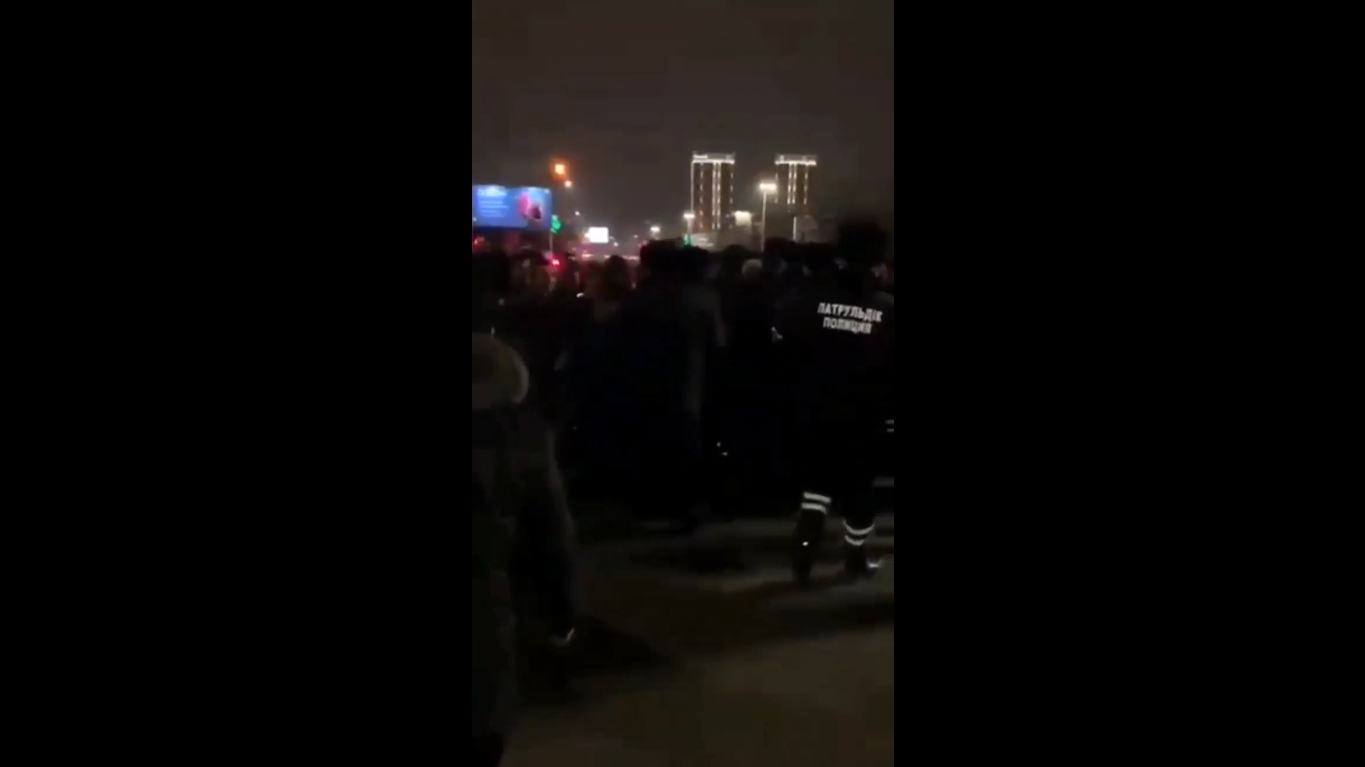 The police in Kazakhstan's Aktau began to cordon off the protesters against the increase in prices for liquefied gas local residents, the agency KazTAG reports; .

The video from the scene shows that the police, holding hands, cordon off a group of protesters in the city square. In response, whistles and shouts are heard.

In Kazakhstan, since January 1, prices for liquefied gas for automobiles have increased from 60 to 120 tenge per liter (from 10.2 rubles to 20.5 rubles per liter). This caused discontent among motorists of the Mangistau (former Mangyshlak) region of Kazakhstan, who on January 2 went to spontaneous protests. The protesters blocked the roads in Aktau and Zhanaozen.

President Kassym-Jomart Tokayev reacted to the protest action, urging the protesters to comply with the law and instructing the government to study the situation.

“ Citizens have the right to publicly express their demands to local and central authorities , but this should be done in accordance with the law, in particular, with the law on peaceful assemblies. He instructed the government to urgently consider the situation in Zhanaozen, taking into account economic feasibility, in the legal field, '', & mdash; Tokayev wrote on Twitter.

The owners of gas stations in the Mangistau region, after two days of rallies, lowered the price of liquefied gas “ as part of the social responsibility of business, '' Tengrinews reports. Prices were reduced from 120 to 85 – 90 tenge per liter.

A commission was created in the government of the country, which will consider the socio-economic situation in the Mangistau region and develop measures to regulate prices for liquefied gas. At the same time, the authorities announced that, together with the prosecutor's office, they would give a legal assessment of what happened.