British Crown Prince Charles criticized the “terrible” scheme for the deportation of illegal asylum seekers to Rwanda in the UK. Earlier, there were rumors in Britain that refugees from Ukraine trying to enter the United Kingdom illegally could also be sent to Africa. 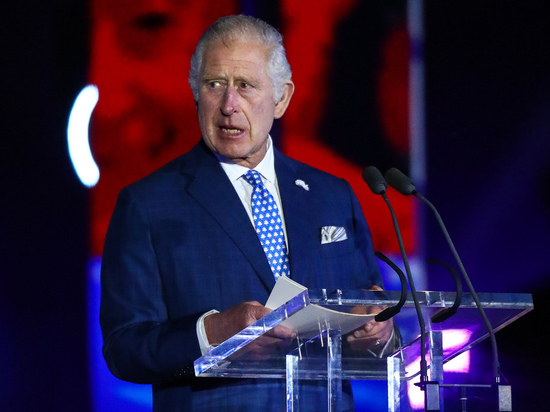 The source says that the Prince of Wales was “more than disappointed” with plans to deport refugees from Britain to an African country, writes The Guardian. Prince Charles has privately criticized the British government's policy of deporting migrants to Rwanda, calling the practice “terrible.”

The heir to the throne said this behind closed doors, speaking out against the policy, a Times and Daily Mail source told.

The application comes on the same day that the British Supreme Court dismissed a lawsuit against the deportation of asylum seekers. The first flight to send migrants to the Central African country could take off as early as Tuesday. An appeal against the ruling has begun.

The British government's deportation policy was introduced in April to discourage people trying to cross the English Channel in small boats from northern France. More than 10,000 people have arrived in the UK this year.

Under the agreement, anyone arriving outside of legal processes will be sent from the UK thousands of miles away to Rwanda. The policy has been criticized from a human rights standpoint and on Friday the UN refugee agency backed calls to stop Tuesday's deportation flight as it violates UK legal obligations.

A source said Prince Charles “said that he is more than disappointed with such a policy. “He said he found the whole approach of the government appalling. It was clear that he was unimpressed with the direction the government was taking.”

The Commonwealth heads of government are due to meet in the Rwandan capital of Kigali at the end of June. Charles is to represent the Queen at the meeting.

A spokesman for Clarence House said: “We will not comment on alleged anonymous private conversations with the Prince of Wales, short of reiterating that he remains politically neutral. Policy matters are government decisions.”

However, they did not deny in the Times commentary that Charles was opposed to this policy.

A British government spokesman said: “Our world-leading partnership with Rwanda will enable the resettlement of those making dangerous, unnecessary and illegal trips to the UK to have their grievances dealt with and their lives rebuilt. We are confident that the agreement is fully in line with all national and international laws.”

Recently, representatives of the British Ministry of the Interior made an unambiguous offer to illegal migrants seeking asylum in the United Kingdom to choose between the prospect of returning to the war zones in their home or go to Rwanda to await the decision of his fate.

Meanwhile, a few weeks ago, information was leaked to the British media, citing a high-ranking source from the UK Home Office, that people without documents who travel from Ukraine to the UK via Ireland may face the prospect of possible expulsion to Rwanda. During a hearing before a select committee of the British Parliament, a spokesman for the Home Office declined to answer repeated questions about whether Ukrainians arriving in the UK across the English Channel by boat could also be sent to the African country. Some Conservative MPs also criticized Ireland's decision to lift all restrictions on refugees fleeing the conflict, arguing that such a policy would create a “back door” to the UK, leaving the country vulnerable to potential criminal elements. It was said that the common travel area means that Ukrainians who do not pass British security checks or are waiting for visas can simply enter the United Kingdom by traveling to Northern Ireland from the Republic of Ireland. As you know, two legal routes by which Ukrainian refugees can enter the UK (the family scheme and the “Houses for Ukraine” program) have encountered problems, including in connection with the issuance of British visas. However, high-ranking British officials denied rumors that undocumented Ukrainian refugees who try to enter Britain illegally will be taken to Rwanda.