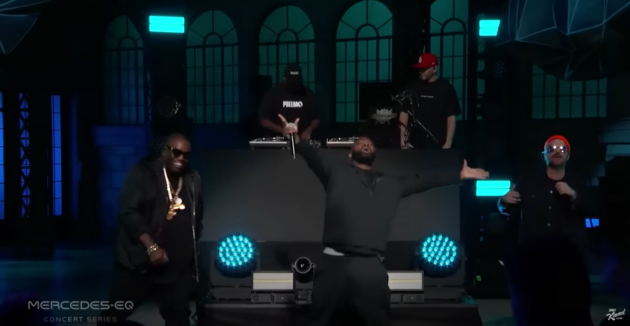 Along with their deejay Trackstar The DJ on the turntables, RTJ’s Killer Mike and El-P set off the electrifying performance before Greg Nice brought his energy mid-way with his classic hook. Preemo soon emerged from behind the one’s and two’s and blessed the set with his signature scratches.

Run The Jewels is hot off their appearance on Danger Mouse and Black Thought’s “Strangers” along with A$AP Rocky and their opening theme song to the new adult-animated film, Aqua Teen Forever: Plantasm.