Pus has broken through and is rushing rapidly through the pipes

“Do you feel that things are heading towards your closure? – I think it will not come to this after all.” This dialogue – between your humble servant and the chairman of the board of “International Memorial” (recognized in the Russian Federation as a foreign agent) Yan Rachinsky – took place a year ago. Jan Zbigniewicz turned out to be, alas, a bad visionary: the Prosecutor General's Office filed a lawsuit with the Supreme Court to liquidate the organization – for violating the legislation on foreign agents, the Constitution and the Universal Declaration of Human Rights. 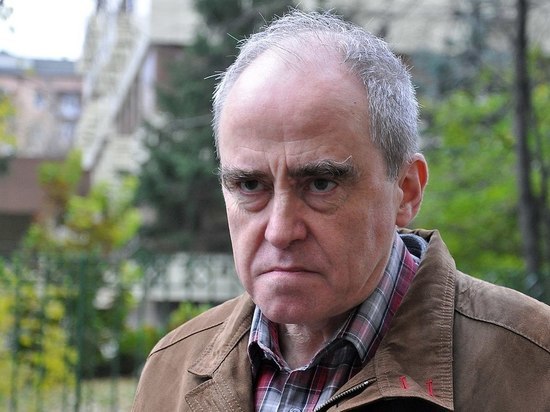 “There is a law on the rehabilitation of victims of political repression,” argued then, a year ago, Yan Rachinsky in an interview with the MK observer. “There is a concept of state policy to perpetuate their memory, albeit more declarative. Under these conditions, it is not very clear to whom and what dividends the closure of Memorial could bring. It is another matter that, of course, they will complicate, limit our activities, try to mix it, so to speak. Well, in 30 years we have seen all kinds of things. ” .

For information: the history of the organization began in 1987 – in the Moscow discussion club “Perestroika”. The participants in the discussions about the totalitarian past, who stood out in a separate group, came up with the idea of ​​creating a monument to the victims of political repression. Hence the name: “Memorial”. In the summer of 1988, the Memorial Public Council was formed – Academician Andrei Sakharov became its first chairman.

It was at that turbulent and interesting time that the expression “insanity grew stronger” appeared and was widely used, which was used mainly to describe state policy. Yes, insanity and then there was a lot. But then, at least, there was hope that this fortress would decline. Partly justified. Namely, in terms of persecuting people for their political beliefs.

But the insanity did not give up. Insanity survived a vague intertime and again began to grow stronger. It grew, was filled with strength and matured at last to the stage when the organization engaged in the study of political repression – carried out, as a rule, under the slogan of combating foreign agents – was itself declared a foreign agent. “Memorial” was included in the corresponding Ministry of Justice register on October 4, 2016. But how wrong were those who considered it the last, highest stage of state insanity!

“I ask you to liquidate the International Public Organization” International Historical, Educational, Charitable and Human Rights Society “Memorial” and its structural subdivisions “, – the Prosecutor General of Russia Igor Krasnov appeals to the Supreme Court (the organizations are recognized as foreign agents in the Russian Federation).

At the same time a related organization, the Human Rights Center “Memorial” (recognized in the Russian Federation as a foreign agent) is liquidated – the corresponding claim was filed by the Moscow Prosecutor's Office in the Moscow City Court. Moscow prosecutors saw in the activities of human rights defenders “signs of justifying the activities of members of international terrorist and extremist organizations.”

As for International Memorial, according to the General Prosecutor's Office, the organization systematically neglects the obligation to mark its materials with an indication of its foreign agent status. Memorial itself categorically denies the charges.

“We have repeatedly stated that the law (on foreign agents. – A.K. ) was originally conceived as a tool to crack down on independent organizations, and insisted that it should be abolished, the organization's board said in a statement. “However, as long as the law exists, we are forced to comply with its requirements. We believe that there is no legal basis for liquidation. “

How could Memorial trample on all these wonderful documents? What exactly was the violation? The text of the claim does not offer any explanations. Acquaintance with the listed norms does not dispel the fog either.

Here, for example, is the content of the aforementioned article 19 of the Universal Declaration of Human Rights: “Everyone has the right to freedom of opinion and expression; this right includes the freedom to freely adhere to his beliefs and the freedom to seek, receive and impart information and ideas by any means and independently. from the state borders “.

Well, what is the fault of” Memorial? With much greater grounds for violating this rule, one can suspect the General Prosecutor's Office itself, demanding the liquidation of the organization just for the dissemination of information and ideas.

But the reference to the UN Convention on the Rights of the Child is, of course, especially impressive. The famous scene from “The Twelve Chairs” involuntarily comes to mind: “The speech of the great strategist aroused various feelings among the listeners. Polesov did not understand his new friend, the young guardsman.” What children? he thought. – Why kids? “

We are dealing with a similar case: the prosecutor's thought cannot be measured by the yardstick of general logic. Perhaps you shouldn't even try. There is a strong suspicion that the drafters of the lawsuit signed by the Prosecutor General – well, he did not work on the text himself – acted in accordance with the principle “every bast – in a line”, which is very popular among our law enforcement officers. But they overdid it a little. They turned, figuratively speaking, prayer into a farce.

However, this salty is unlikely to spoil the mass in the Supreme Court. In relation to political and ideological opponents, its branches usually act in an extremely coordinated manner. Exceptions to this rule were rare before, and recently, perhaps, none at all. Well, the fact that Memorial and the current ruling elite are on opposite sides of the political and ideological barricades is an undeniable fact.

According to Rachinsky, a crack in relations between Memorial and the authorities arose shortly after the beginning of Vladimir’s rule Putin: “The president’s words, voiced back in the early 2000s, can be considered a harbinger of complications. Vladimir Putin said that we should be proud of the history of the Fatherland … The position of our authorities today is that there are no shameful pages in the history of the state. but no shameful ones. The state is the main value. “

The position of the” International Memorial “is completely different: , this is the main punishment – it is impossible to move forward, – said the head of the organization in October 2020. – The abscess must be opened and cleaned up. Otherwise, the pus will only accumulate. And sooner or later it will inevitably break through.

AND Jan Zbigniewicz, as we see, was not mistaken with this prediction. The pus has erupted and is rushing rapidly through the pipes.