Why did the retired Kremlin courtier call for imperial expansion

Former Kremlin courtier Vladislav Surkov wrote a keynote article on Russia's domestic and foreign policy. Or not, it would probably be more correct to formulate it as follows: two Vladislav Surkov wrote two completely different articles. The Surkov who wrote the text about what is happening inside the perimeter of our borders is a subtle, thoughtful and non-standard observer. But how to characterize that Surkov, who called for imperial expansion as a means of settling Russia's internal political problems, I honestly find it difficult. I do not dare to use emotionally colored value judgments – for this I have too much respect for Vladislav Yuryevich. Therefore, I will put it this way: having made the diagnosis absolutely correctly, Dr. Surkov prescribed a drug that is extremely harmful and destructive to his health for a patient named Russia. 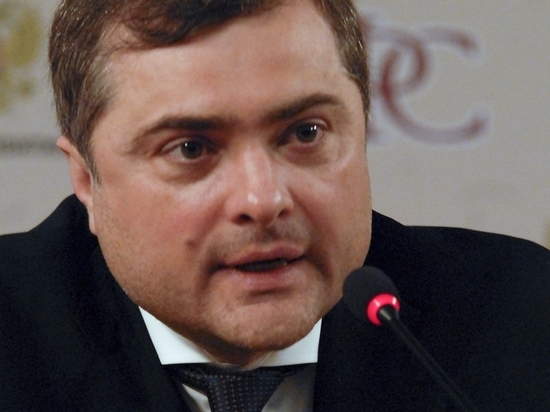 “The transparent halls of virtual reality are already taking on the strict outlines of a digital concentration camp in front of the amazed public.” “People don't want to be against it. People want to be in parallel, without interfering with the system unless absolutely necessary. ” “It’s not what people say, but what they are silent about, becomes essential,” was it all written by the retired demiurge of Kremlin internal politics? If we immediately discard the option that Vladislav Surkov was replaced or kidnapped, it turns out that he is definitely. Of course, Vladislav Yuryevich is by no means engaged in self-criticism. Its concept, as follows from the hints, half-hints, is more elegant. The period from 2000 to 2011 (when Surkov himself ruled our social life from the Kremlin) is the “golden age” of Russian politics. With Putin still at the helm of the country, the system as a whole remains strong and resilient. But the replacement of the Master (master in the sense in which he was used in The Master and Margarita) by artisans in this particular administrative area could not but affect. Hidden cracks and imbalances began to appear within the system.

Let's forgive Vladislav Yuryevich for these variations of the song, old as the world, “when I was the boss, rivers of milk flowed around.” We are all human, we are all human. The main thing in this context is that Surkov found very accurate words to describe the main ailments of our social life. I can’t resist one more quote: “The correct words from too frequent repetition smoothly become meaningless, sincerity evaporates from them, and the symbol of faith turns into a banal password for gaining access to the system of distribution of positions and privileges.”

I give a standing ovation. But when from the question “what happens?” Vladislav Surkov turns to the question “what to do?” According to Vladislav Surkov, the means of solving Russia's internal political problems is – you will not believe – imperial expansion beyond our borders: “Social entropy is very toxic. It is not recommended to work with it at our home. It needs to be taken out somewhere far away. Export for disposal in a foreign territory. ” This is followed by a hymn to “imperial instincts” and profound reasoning on the topic: “For Russia, constant expansion is not just one of the ideas, but the true existential of our historical existence.”

Where did the first Surkov go? Return it urgently! Surkov number two frankly scares me. I do not really fit in my head: how you can combine a deep and subtle understanding of modern reality with a lack of understanding of the reasons that gave rise to it. Citizens of the Russian Federation now feel bad not because they have “imperial instincts” seething, and the government does nothing to satisfy them. The citizens of Russia feel bad because of the covid, which, after a year and a half, still has no end in sight. And they also feel bad because the incomes of the bulk of the population are either falling or stagnating for several years in a row. It is not clear how the “imperial technologies” that Surkov calls for will help solve these problems. But it is clear how they can aggravate them.

I would highly recommend Vladislav Yuryevich to go on a journey to our rural outback, to the dying Russian villages. Why do they die? Including because of the immoderately played out “imperial instincts” in the Soviet years, because of the transfer of resources from the center of the country to its periphery. One of the main reasons for the collapse of the USSR is that Russia is tired of playing the role of a donor. Russia does not need “expansion”. Russia needs the development of its own territory – something that the “imperial instincts” did not allow to focus on. If the Putin years will be remembered as the “golden years”, it will be because during this period our country mainly focused on putting things in order in its own house, on improving the living standards of its citizens.

Surkov writes: “Imperial technologies are still effective today, when empires have been renamed superpowers. The Crimean consensus is a vivid example of the consolidation of society due to the chaos of the neighboring country. ” Disagree on all points. Ukraine was not chaotic by Russia. Ukraine was chaotic by Ukraine itself. Crimea is an exception that only proves the rule. The Crimean consensus did not come about because Russia has put a naughty on the territory of a neighboring state. It arose because, even though it was formally a part of another state, Crimea, mentally, was still a part of Russia. Are there other such territories? By blocking the return of the rebellious Donbass to its composition, Ukraine is doing everything possible to integrate it with Russia. But even with regard to Donbass, this is a forced decision on the part of Moscow, which is very expensive – and this despite the fact that the main expenses, it seems, are still ahead. In the eyes of Surkov, all this, apparently, is “trifles.” Like, a recent long-term ally of Putin called for the “imperial expansion” of Russia! And after that, do you still dare to assert that the Kremlin does not seek to swallow neighboring states? I don't understand why we need to score goals in our own net in this way. A retiree is a retiree. All his thoughts belong only to himself. But the former leaders of the state, even after passing to the status of private individuals, continue to bear responsibility before the country. Perhaps Vladislav Surkov should think about this carefully.