“The appearance of a missile base in Cuba is unlikely”

In Geneva, negotiations between Russia and the United States began on security guarantees for our country. A meeting of the Russia-NATO Council is scheduled for January 12. I would like to hope for a positive outcome of the meetings, however, in light of the tough position of the parties, the success of the negotiations is questionable. What will Moscow do if its proposals are rejected? MK asked Vasily Kashin, Deputy Director of the Center for Comprehensive European and International Studies at the Higher School of Economics, to answer this question. 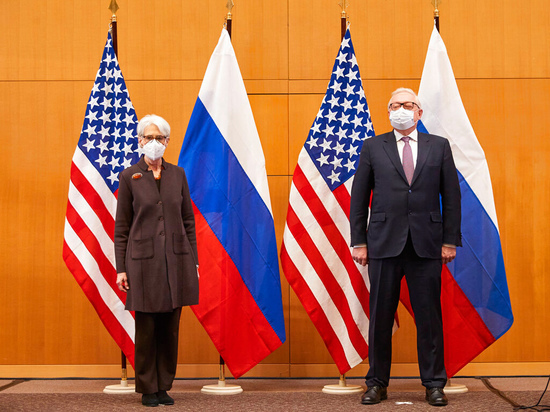 – Our military-technical response will consist, as an option, in the deployment of new types of weapons in the European part of Russia. Perhaps in Belarus. A revision of doctrinal attitudes can be expected. For example, the large-scale deployment of ground-based medium-range missiles that could reach many European capitals. After the destruction on the initiative of the United States of the Treaty on the Elimination of Intermediate-Range and Shorter-Range Missiles, Russia may, for example, create a similar ballistic missile with a hypersonic maneuvering warhead.

The second option is to lower the threshold for the use of nuclear weapons, deploy additional nuclear groups in European part of the country.

– Arms deliveries are going on anyway. It hardly makes sense to sell them weapons specifically in response to events in Europe. The deterioration of relations with NATO will naturally affect our military cooperation with China, but not so much.

– The situation is similar with Iran. Regardless of the development of events in the dialogue with NATO, Russia strives to maintain military-technical cooperation with Iran. The problem here is that Iran has little money and is under even more severe sanctions than Russia. There will be problems with financial calculations. Plus, he has a complex system for making such decisions, which is why contracts are often delayed. For example, in the “zero” years, negotiations on the supply of S-300 anti-aircraft missile systems went on for more than seven years.

– In Syria, we are just trying to avoid various incidents that could lead to the death of American servicemen. Such incidents are extremely dangerous. Do not forget that retaliatory actions may follow. In addition, our military presence in the Middle East is much smaller than the American one. And it has nothing to do with the problems in Europe.

– It is far from the fact that the Cubans will want this. And there is no guarantee that this base will make a lot of sense, unless we deploy a large military group there. This is ten thousand people at least. A separate base with several missiles is unlikely to influence anything. Will we pull a serious option? I doubt it.

– This issue has been raised by our side several times, but I have not heard it raised within the framework of security guarantees. You can revise them, but together with the existing requirements, this will most likely lead to the failure of the negotiations.