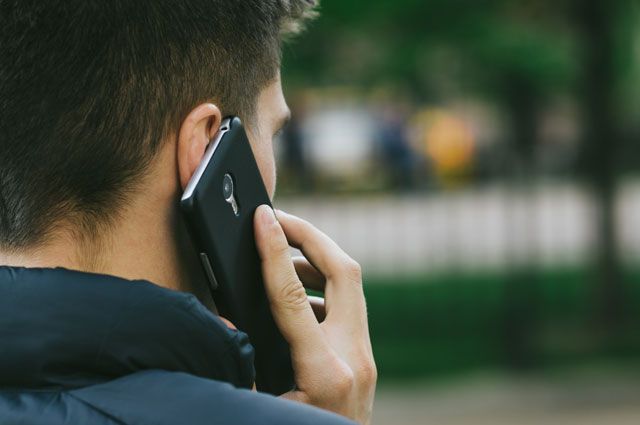 I've been telling readers about all kinds of fraud for almost 20 years. Including — about telephone. It would seem that I know everything about it. But, as they say, there is a hole in the old woman, — once I got caught. I (!!!), an experienced journalist and a real colonel, swallowed the “hook”, about which I myself warned readers many times.

It happened in the morning. I got a call from a man who introduced himself as a police officer — senior lieutenant from Ryazansky Lane, building 1. The Main Directorate for Economic Security and Anti-Corruption is located there. I have been there and interviewed. I am well aware that the police do not call ordinary citizens — for no reason. If you need to talk, they themselves come “to” or invite you to a summons. But I am — not an ordinary citizen. Let me remind you that for two decades I have been in close contact with the employees of the Ministry of Internal Affairs, I call these guys myself, I find out something from them, and they call me. That is why I was not surprised and alerted by the next call — maybe at work. Moreover, they immediately addressed me by my first name and patronymic, as if I were an old acquaintance. Which is what I bought into.

And then, as I believe, there was an NLP session — neuro-linguistic programming. This is a kind of hypnosis based on certain code words or phrases that affect the subconscious. They began to ask me questions whether I knew a certain citizen, how long I had talked with a notary, whether I had drawn up a power of attorney, whether I had taken loans, what and where my deposits were, how much I earn. And every time they clarified — did you understand me well? Apparently, this was the programming key, which is why I “floated”.

During the conversation, I was informed that some unscrupulous employees of Sberbank “leaked” my passport data to scammers who are now — here literally right now — draw up a loan of 200 thousand rubles in my name.

In order for me not to owe anything to the banks, I need to talk to the employees of the Central Bank's own security service. They will contact me — just don't switch. Indeed, two girls with pleasant voices talked to me in turn, who asked the same questions as the “senior lieutenant”. At the same time, I was strictly warned not to say anything even to the closest people — they say, this is a bank secret, and its disclosure threatens with criminal punishment, and not only for me, but also for my relatives. This — is also logical: any person nearby could easily break the “enchantment” by twisting a finger at the temple: “What are you doing, idiot ?!” By the way, employees of the Central Bank also never call individuals. And if a representative of a commercial bank, the same Sberbank, contacts a client for some reason, then a short number is displayed on the phone, for example 900.

And finally, “the cherry on the cake.” “Security Officer” she strictly warned me to coordinate all my telephone conversations with her. I can call both the police and scammers. Therefore, before answering, you need to tell the incoming number to her, and she will give the go-ahead. But first you need to put the phone on charge and replenish the account. In a moment I understood why it was necessary — I got a call from… USA.

The veil fell from my eyes, and with trembling fingers I dialed the number of Lieutenant General Yuri Zhdanov — Help!

— A conversation with my friend, a well-known journalist who has been interviewing me for print and electronic media for more than four years, including on issues of cybersecurity, cyber fraud, the state of crime in this area, both surprised and upset me. It turned out that, violating all the instructions, which he himself wrote about, he entered into a dialogue with the scammers. I have always said that the criminal world is improving, and professional and simply talented psychologists are on their side.

A polite address by name and patronymic dulled Mikhail's vigilance, and he told some of the data, which he himself warned readers about as unacceptable behavior during such calls. However, later he had a suspicion that suddenly something was wrong…

From his words, it immediately became obvious to me that these were scammers, but due to Mikhail's insistent request, I decided to double-check myself.

I forwarded all the information Mikhail gave me to Sergey Lebed, head of the Sber Cybersecurity Service. He unmistakably made the same diagnosis as I did and instructed his subordinates to check the information to prevent fraudulent activities against a respected journalist. While we were conducting our own investigation, and I forbade Mikhail from further negotiations, the scammers began to lose their nerve, and as evidence they sent him a copy of Istomina A.S.'s certificate, allegedly signed by the deputy chairman of the Central Bank. True, not on that letterhead — from the field of primitive fakes of the 90s. Then calls began to be heard not only from Russian, but also from American numbers, they persistently wrote to the chat to continue the dialogue.

Once again I want to reach out to all gullible people:

1. Do not negotiate with law enforcement officers about cyber fraud by phone! Let them send a summons, further according to circumstances.

2. The security service of the Central Bank, Sberbank and other banks never call clients and do not try to “check” with them; or fish out their personal data and any personal information.

3. If you have any questions about such requests, please call your bank yourself to clarify the problem.

4. And the last. All dialogues with such “employees” work against you! Never share your personal information with anyone!