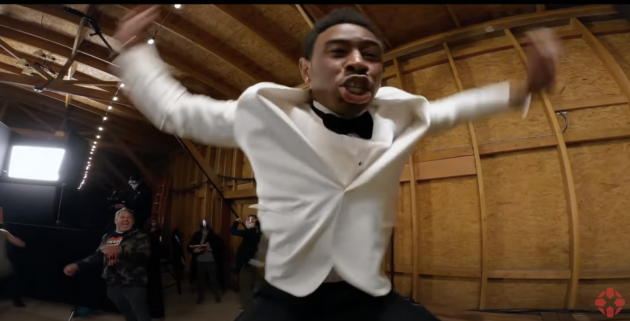 Tyler, The Creator and Machine Gun Kelly take the spotlight in the latest preview of the upcoming Jackass film, Jackass Forever.

In the two-minute spot, the two take part in a series of wild and crazy stunts. MGK pedals an exercise bike alongside Steve-O before he gets slapped off into the pool by a giant hand. Tyler gets electrocuted in his tuxedo, while his Odd Future member Jasper Dolphin parachutes to a rouch landing.