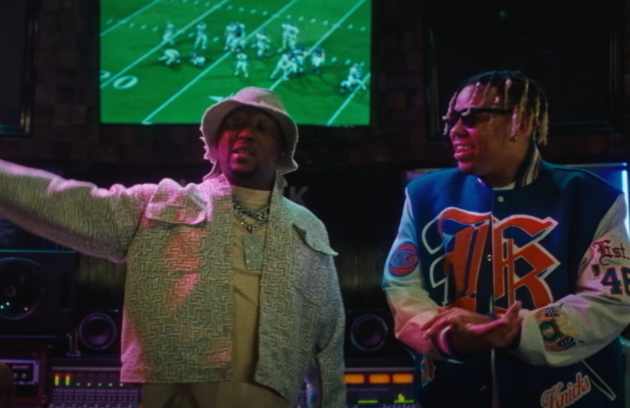 After securing the win with on his new drop, “Checkmate” produced by Hit-Boy, the duo circles back with the accompanying video.

Conveying his his inspirational and motivating bars over Hit-Boy’s triumphant production, the D.M.V. spits, “I’m still on the come up, I’m still building my resume / I still got a lot to prove but still I’m heavy weight.” as he and Hit run a game of chess, record the track in the studio, and mob turn up with their crew on an all-white set and outside in the parking lot.

“Checkmate” is lifted off the Madden 23 soundtrack, a 39-track set featuring music from Bas, Big K.R.I.T., Killer Mike, Benny The Butcher, Doechii, Joey Bada$$, and many more including 33 inclusive beats by producer Hit-Boy.