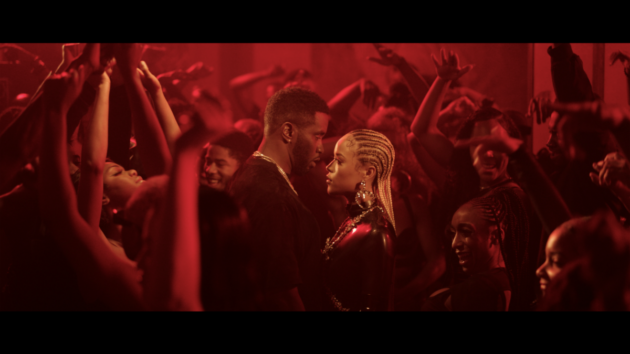 Pulling up to the upscale venue with his entourage, Diddy and company are greeted by Tiffany Haddish at the VIP line, before Puff and Tiller bring the grown and sexy vibes throughout the red-lite dance floor and bar stacked with DeLeón. Diddy swoons his leading lady Serayah and moves on to Joie Chavis upon exiting. Other cameos include Diddy’s sons Quincy Brown, Justin and Christian “King” Combs, London On Da Track, and KenStarrrz.

“Gotta Move On” is the first single off Diddy’s upcoming album, which will be released through his newly launch label Love Records with Motown. Diddy debuted the record at the Billboard Music Awards and performed the track during his Lifetime Achievement honor at the BET Awards.