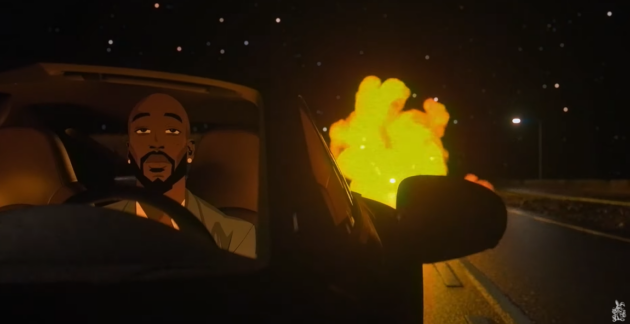 Freddie Gibbs gets animated in the accompanying music video to “Dark Hearted”, created by Aaron Hymes and Rouxx.

In the action-packed thriller inspired by Japanese animation, Gibbs fights off his ops from a bloody scene at the casino to the desert. Freddie Gordy unleashes his cutthroat bars with a rapid-flow over James Blake’s production.

“Nigga ain’t no solving no murders, welcome to Murder Land,” Freddie raps while blazing bullets and grenades at his enemies, before levitating to the sky by a UFO. “Bulletproof my shit, they might hit it, bitch, I’m the Murder Man / Dead nigga put his hands on me / I might pop another bottle and pour one out for your dead homie.”