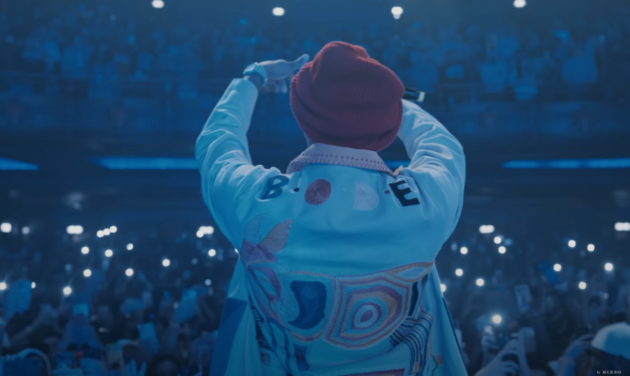 G Herbo is the man in his new video, “Him” directed by himself and Kevin Mares.

Accompanied with recent live footage, G Herbo delivers his braggadocious raps while rocking sold out venues, enjoying a meal with friends, and catching vibes in the streets with his crew and fans.

“They ain’t nevеr play them trenches, I was in the mixture,” Herbo raps over the C-Sick beat. “They just wanted chains hanging, I was with them killers / Back then, if you gang-banging, had to know that literature / Yeah, I still be gang-banging, my shit look like glitter.”