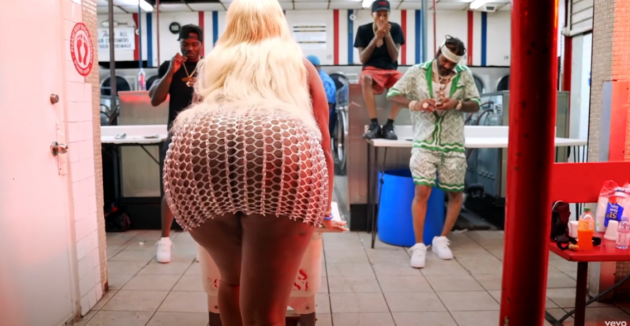 Reporting live from Lil Haiti in Miami, Jim Jones is calling the shots with “Gunshot”, his and producer Hitmaka’s new single featuring BEAM.

Directed by Jim Jones and Shula The Don, the fiery music video brings the track life which is focused in the gritty streets fueled with women, cars, and torched flames.

Jamaican-American rapper BEAM lets off the dancehall hook as Capo references both his street ethics and his boss status. “Finna do it big, where Diddy at?,” raps Capo over Hitmaka’s beat. “Throw some ice in the sky, bring Biggie back / I’m all Aces in the club like Pitty Pap.”

“Gunshot” will be featured on Jim Jones and Hitmaka’s joint album, Status Update, due in December.