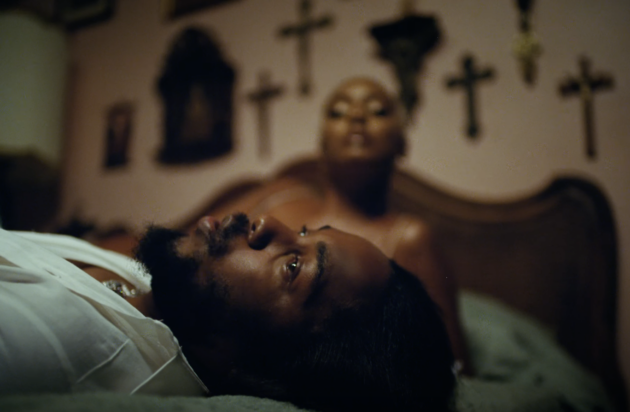 Hot off the release of Mr. Morale & The Big Steppers album, Kendrick Lamar levitates in the epic music video, “N95”.

Directed by himself along with Dave Free, Kendrick floats above the ocean in the opening scene, works out on a rooftop, plays a piano, and gets chased in the streets by a group of men. Elsewhere throughout the symbolic clip, Oklama does donuts in a car with Baby Keem, watches a car crash into a row of chairs beside him, lies in bed in a room full of crosses, and more.