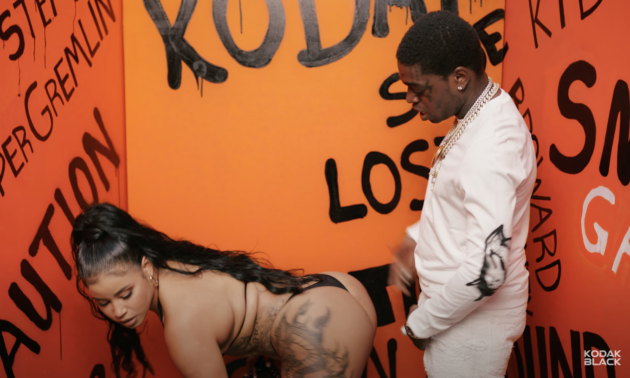 Now walk it out.

After releasing his “For No Reason” track, Kodak Black is big stepping to his dual release, “Walk” and “Spin”. Each have since been accompanied by their individual videos.

Directed by Kodak Black and Yero.Mov, the mid-tempo “Walk”, films the Pompano Beach rapper strutting with swag from a stairway to the sky, a street with a dead body, and on various sets with scantily-clad women as he raps, “I took all my losses to the chin and then I charged it / Fresh out of prison, I’m already spinning, I’m right back where I started / 223s in the cartridge / 5.56s and switches / Ain’t spending’ on none of you bitches.”

Over on the B-Side, “Spin” follows Kodak Black two-stepping to his flow as a traffic patroller as fans follow his command. The dance phenomenon later spills on to the runway and dance floor of a grown-and-sexy party. “I’ma slide, he gon’ slide and we sliding with the iron / Nigga, slide, where your gun, nigga? / Everybody rhyme, when we sliding?”, he raps.