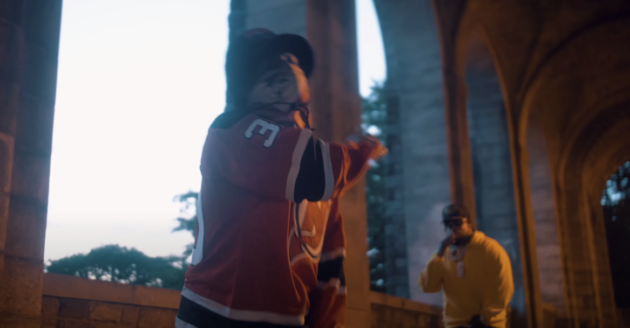 Directed by Daily Gems, the Griselda rappers unleash their fiery raps throughout the city including a tour bus, a back of the ambulance, a dim lit landmark just before sun set, and more.

Mach-Hommy has donated proceeds off the album toward his Pray For Haiti Trust Fund. “For too many years, I’ve had countless heartfelt conversations with esteemed members of the Haitian Diaspora, and the best way to get charitable donations directly to the people,” Mach said in a statement. “Far too many of us can recall the millions of telethon dollars ‘pledged’ and, according to all major media accounts, not actually ‘donated’ to those in need. Especially after the 2010 earthquake, I for one feel a bit robbed of momentum when petty non-profit hustlers use the plight of Haitian people as cannon fodder for Western media feeds and tickers.”