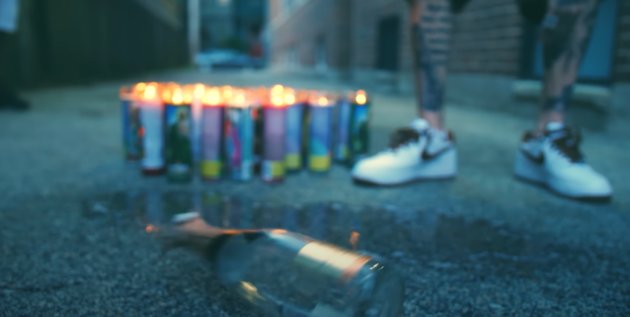 Millyz and Styles P salute their fallen soldiers in their new video, “Sacred”.

Directed by Dom Bruno, the heartfelt visual centers the two at a candlelight vigil and various corners on the street where they smoke and pour out liquor for those who aren’t here.