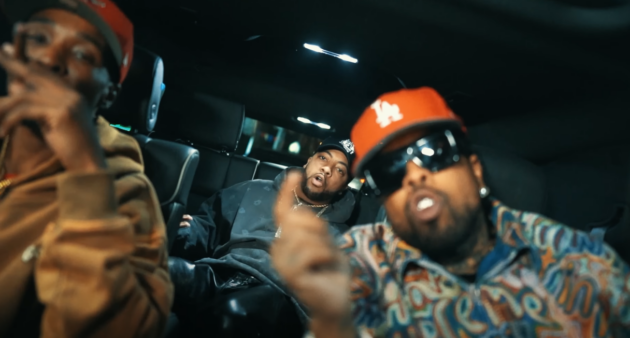 This is how we do it.

Courtesy of Dailey Gems, Rome kicks off the set from a stairwell rapping, “I came up, they all thought it was voodoo from the Haitians / In all greatness, God, the top lonely but it ain’t spacious.

FLYGOD hangs out the back of the whip with an electrifying hook (“Ayo, I move mountains, move work through public housing / Shootout, shells hit the ground, at least a thousand,” while Stove completes the Conductor Williams-produced cipher from an elevator (“Seen one turn to two, like I put it in the mirror / I seen a nigga air the block out in a Oldsmobile Alero”).